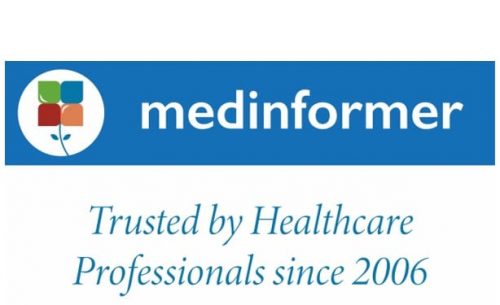 Generally, there are two types of attention deficit disorders:

ADD is a term used to describe a child who has difficulty focusing and maintaining attention. A child must exhibit six or more of the following diagnostic criteria to be considered as suffering from ADD:

Symptoms of ADD may start as early as primary school, where the child has trouble playing quietly, sharing toys, taking his nap and listening.

As the ADD child moves into the second, third and fourth grade, the symptoms become more apparent, with their greatest impact seen in the classroom and during homework. Incomplete work, lying about having homework, tantrums, procrastinating, sloppy
work, and losing the necessary homework items are almost daily occurrences.

Back to top
Attention Deficit Hyperactivity Disorder (Hyperactive-Impulsive Type) is typically referred to as ADHD.
To be diagnosed as ADHD, the symptoms must have been present for more than six months, be inappropriate for the child’s age and intelligence, have developed before the age of seven, and have a negative impact in at least two social settings – home and school for instance
ADHD is a disruptive behaviour disorder characterized by:

These symptoms result in a child who is frequently breaking the rules at home, at school, on the playground and consequently is not favored by adults or peers.

Symptoms of ADHD often appear in the toddler years, with the first sign most often being the child’s constant and seemingly endless physical motion. His inability to
take turns in play and conversation looks very much like the lack of empathy seen in AD. Many children with ADHD are diagnosed with AD 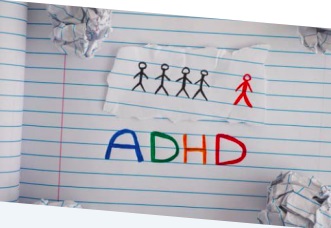 Any child with ADHD who has problems with social skills should also be evaluated for AD.These children suffer with low self-esteem even though outwardly the child seems fairly robust. The frustration that can lead to violent outburst is a clear sign of the hopelessness many of these children feel but cannot express.
We can all agree that these children are not living their lives as happily as they could. Daily life is tough for them. They live in a world that they cannot understand.
The ADHD and ADD child is also carbohydrate addicts, sugar junkies, surviving on a diet high in carbohydrates and little else. Parents will say that the child is a fussy
eater. The parents have allowed the child to dictate the diet, working on the premise that it is better that they eat something than nothing
The problem is that the brain’s pleasure center loves the sudden influx of sugars but as the levels begin to fall, craves the next fix. This group of children are often ‘sugar junkies’ and disturbingly, there is strong evidence that this addiction can be carried over into adult life, leading to an addiction to alcohol or drugs. ADHD is a neurodevelopmental disorder. It can start early in life and have a persistent course. It is associated with lasting changes in neural development and frequently accompanied with subtle delays and language problems and social and motor developments which overlap with other
disorders such as Autism spectrum disorder (ASD) and specific learning disorder. [1]
ADHD has two dimensions which contain different behavioural and cognitive impairments [1]:
1. Inattentive (Ina): academic difficulties and peer neglect.
2. Hyperactive-impulsive(H-i): aggressive behaviour and peer rejection.

Back to top
One can present with a combined (both inattentive and hyperactive-impulsive), predominantly hyperactiveimpulsive or predominantly inattentive picture
Persistent form of inattention or hyperactivityimpulsivity that interferes with daily functioning or developments. This includes interference or reduction in the quality of social, academic or occupational functioning.
Children need six symptoms for six months; adolescents and adults need at least five symptoms.
1. Inattention (Ina):

IMPACT OF ADHD ON THE FAMILY [1]

What is acne? Acne is a common skin condition that causes pimples on the face, neck, shoulders, chest and back.1a It can be emotionally stressful ....

WHAT IS ADHD? It is a Neurodevelopmental disorder which means it is present usually from a young age. Moreover, it affects various areas of development across a lifespan. It is the most commonly diagnosed behavioural disorder of childhood (1 in 20 worldwide). Furthermore, it is usually more common in male children than female children. 2…

WHAT IS GAD? A sufferer typically: Experiences relentless and exaggerated anxiety in the absence of valid concerns, which can be debilitating Is prone to always expect the worst Blows things out of proportion Grapples with all-consuming fear and dread to the point of it interfering with their ability to live a normal life

Whether you’re at college or university, or still working through high school, the pressure on you to perform well is huge. You are not only required to focus during classes; but need to understand and recall the work as well in order to achieve good results in tests and exams.

All children are challenged by school work now and again and some skills are harder to learn than others.1 But if your child has an ongoing issue in a particular area of learning, he or she could have a learning difficulty.1,2